Image by Gerd Altmann from Pixabay

Every time the issue of adopting the euro rears its head, the Croatian public space is consumed by concerns about inflation making it the main reason behind public scepticism towards joining the single currency. Given that a large number of Croats has someone – family and friends in Germany, myself included, we’ve all heard the stories of euro adoption being associated with the “doubling“ of prices. Recently, at the Croatian Bank for Reconstruction and Development‘s 18th Export Promotion Conference in Šibenik, the head of the Slovenian Development Bank also stated that price rises accompanied the introduction of the euro in Slovenia.

However, a look at the numbers suggests otherwise. Of all the risks associated with adopting the euro, fear of inflation is amongst the least relevant.

In neighbouring Slovenia, inflation fell sharply after 2004 as preparations for adopting the euro began in earnest. In the period prior to this, the Bank of Slovenia essentially conditioned commercial banks’ access to its liquidity instruments on participating in the official policy of step by step depreciation of the tolar. This policy generated high inflation as imported goods’ and services’ prices rose. Why then do we hear from Slovenes that price rises were associated with the adoption of the euro?

The answer likely lies in the agreement between the government and social partners which managed wage dynamics after entry into the euro. The reason was simple – the price competitiveness of exports could no longer be supported by depreciation, so a policy decision to control (slow) wage growth was instituted. The graph below indicates that in Slovenia (to 2010) and Germany (to 2015) unit labour costs in the manufacturing sector rose significantly less than in the eurozone as a whole. A growing economy in normal times generates wage pressures, but if your earnings are growing more slowly or not at all, you will, month after month, notice you can afford to buy less and thus feel less well off. You might conclude inflation limited your purchasing power, rather than the wage policies in place at the time. Adopting the euro did not mean wage growth had to moderate below the eurozone average. That was a conscious policy choice in an effort to support export growth.

While the concept of inflation may seem abstract, a comparison of price movements for coffee and meat in Croatia and Slovenia in the two year period from mid-2006 (in other words, six months before euro adoption in Slovenia to just before any adverse effects of the global financial crisis muddy the waters) illustrates that at the end of that period the price of coffee and meat in Slovenia was only 3.3% higher. That is to say, even though Slovenia is wealthier, and at that time was going through a genuine economic boom supported by EU entry, access to EU funding, the EU’s single market and rising investor sentiment because of euro adoption, the price of standard goods did not “double“, but rose essentially as one would expect for a more developed economy. Importantly, the direction of price changes was the same in both countries, although only one was in the EU at the time and using the euro.

It is important to note that many factors can influence the price of food, such as the weather (e.g. droughts in important food producers, rising oil prices and the development of biofuels to name but a few). Excise taxes are levied on cigarettes, alcohol and fuel after which VAT is calculated – tax policy can thus significantly influence the price of certain goods. Given health and climate change are important elements of EU policies, we can expect excise taxes on these goods to continue rising over time, irrespective of which currency is in use in Croatia (or Bulgaria or Romania). Similarly, should production be adversely impacted in important oil producing states for whatever reason, oil prices will rise.

The erudite Slovene at the Šibenik conference, mentioned at the beginning of the text, delivered one very useful insight: every euro adoption is specific. That will be the case with Croatia as well. As with large parts of Europe, Croatia is faced with the issue of how to ensure an adequate supply of workers for the economy to function properly. In other words, even if policy makers sought to replicate Slovene or German wage policies in the period immediately after euro adoption, they would run a very high risk of motivating even more emigration. One more glance at the graph of real effective exchange rates based on labour costs in manufacturing reveals that recently the price of labour in both Slovenia and Germany is rising more quickly than in the remainder of the eurozone: these countries also face the issue of how to secure and retain an adequate workforce.

What the trajectory of inflation in Croatia will be following euro adoption will depend, amongst other things, on whether the economy is growing, in recession or stagnating at that time. Taxation policy will play an important role too, as will the fact that deepening economic ties with fellow member states will strengthen the economy, thus leading to a convergence in services’ prices over time. These factors are present irrespective of the currency in use. Deciding to join the euro necessarily means there are many factors which we need to consider and debate, but a fear of inflation should not be at the top of that list.

Is the Croatian political scene going the way of Slovenia? 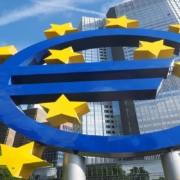