For small, open economies such as those of South East Europe, a favourable external environment is an important factor in determining their own growth performance. With concerns about the global economic environment mounting it is logical to ask how prepared South East Europe is for the next downturn. We argue the region is significantly better prepared than in 2008.

While risks to the global economy have been evident throughout the past year, towards the end of 2018 and heading into 2019 concerns over slowing growth in Europe and China have risen while the US Federal Reserve has signalled a slowing the pace of policy tightening. In Europe, the immediate threat is the impact of Brexit, especially should a no-deal Brexit transpire. The uncertainty and disruption that outcome would produce would surely push Europe into a recession, given Italy is already in a technical recession while the margin of statistical error looks to have prevented Germany from the same fate. With the eurozone, for all the efforts to improve its resilience over the past decade, still a work in progress a period of slower growth or recession will surely test the ability of policy makers and politicians to implement meaningful reform in the single currency area. Yet the political environment in Europe is nothing, if not challenging, as the campaign for the European Parliament elections in May will only confirm.

As if that were not enough for Europe, the threat of US tariffs on the automotive industry have the potential to disproportionately affect German industrial production and thus related activities in Central and Eastern Europe. This comes on top of the engine emissions scandal which has dented diesel car sales and drawn attention to the question of the preparedness of European car makers in respect of producing electric vehicles, which again contains risks for industrial production.

General concern about a trade war between the US and China and its effects on the Chinese economy is pervasive, even if the 1 March deadline for higher US tariffs on selected Chinese goods has been delayed, as discussions continue. Yet, the impact of trade tensions and high private sector indebtedness in China, which looks set to rise as authorities seek to counter slowing growth dynamics with accommodative policy, has dampened the outlook in China. Perhaps most importantly, the risk to the political system of simply a longer lasting slowdown in economic activity is greater than in all other major economies. That would adversely affect Western European exports to China and thus the impulse to growth in Central and South Eastern Europe from core European economies.

South East Europe more stable from a macroeconomic perspective If there is a silver lining in all of this for South East Europe, it is that since the financial crisis in 2008/09, macroeconomic imbalances are less evident. The region is thus better placed to deal with the consequences of a slowdown in growth this time around.

Slovenia has spent another decade integrating its economy even more with Italy and Germany and has been growing strongly as EU fund absorption, private investment and household consumption have driven domestic demand while net exports have risen. Both public and private indebtedness have fallen. The last financial crisis resulted in a EUR5bn bill for taxpayers to deal with the structural weaknesses of its then largely state-owned banking sector. Since then, private investors have entered the two largest banks, but whenever the eurozone enters a recession next export growth would suffer while the progress made in asset quality in the banking sector would be tested.

Since 2008 Croatia has joined NATO, the EU, is preparing to meet all conditions to qualify for the Schengen free movement area and will seek to join the Exchange Rate Mechanism (ERMII) as soon as possible in preparation for euro adoption. The economic upshots of this progress have been a marked increase in goods and services exports and net transfers from the EU leading to more than half a decade of current account surpluses and a much stronger fiscal position characterised by a primary surplus, despite increases in spending. Five years of balanced, if unspectacular growth, have seen GDP expand a cumulative 15% following a 6-year recession in the aftermath of the financial crisis and all while indebtedness has fallen.

Prior to the last crisis Serbia’s was a high inflation economy with extensive imbalances. Despite strong growth in the years before the financial crisis, the budget was in deficit and the current account deficit in 2008 exceeded 20% of GDP. A 25% devaluation in the currency in 4Q 2008 was essentially the only way to adjust to the harsh realities of a post-crisis world. Today, low inflation and currency stability characterise the economy while investments in the automotive and other production sectors have boosted exports. Without the benefit of EU membership, Serbia still has a current account deficit and the strong recovery in growth in 2018 has to date been an outlier compared to previous years’ growth performance. The stronger fiscal position is a welcome starting point as external economic conditions weaken while the current account deficit remains the main risk factor.

Bosnia Herzegovina has also seen its fiscal position improve in recent years, so much so that all short-term government debt was paid down during 2018 in both entities as revenues performed well. The currency board arrangement is solid and popular, while the current account deficit is also significantly lower. Credit growth is a major contributor to domestic demand, yet as with elsewhere in region, the rate of growth of credit far more subdued compared to the period leading up to the financial crisis of 2008/09. Clearly, the impact of weaker growth or a recession in the EU or from further abroad will impact economic conditions in the region. It is also evident though, that the macroeconomic risks in the region are far less pronounced than a decade ago. That is something to celebrate in these febrile times.

This is a summary of the current IMELUM Quarterly Macroeconomic Report available to premium subscribers. As part of our standard twelve reports to clients each year, IMELUM publishes extensive macroeconomic forecasts for Bosnia Herzegovina, Croatia, Serbia and Slovenia four times a year. To inquire about our premium services contact us at info@imelum.com 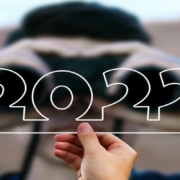 What does 2022 hold in store for Southeast Europe?