As the procedure for minting Croatia’s euro coins has been revealed, the first formal groups against adoption of the euro have also surfaced. To nobody’s surprise. Neither are the calls for a referendum on the issue. Although there is the small matter of Croatia holding a referendum on joining the EU almost a decade ago. When one of the conditions for joining was to agree to adopt the euro. To convince me against adopting the euro, proponents have to convince me why now is not a good idea, as opposed to later.

Decades-long revealed preference for the euro

The first point to make is that for over 50 years Croats have largely and consistently saved in first Deutschemarks and then euros. Despite decades of low inflation since the mid-1990s and a stable currency. That preference automatically means monetary authorities have less degrees of freedom in Croatia. Since most of the money supply is in foreign currency, monetary authorities cannot set interest rates. They have to focus on maintaining currency stability to make sure inflation does not rise. Imported goods and services cost more when the currency is weakening. Notice, for example how Serbia’s inflation rate slowed as the central bank there tacitly abandoned the policy of a gradually depreciating currency. Slovenia had the same experience in the lead up to joining the euro in 2007.

The Croatian National Bank’s dedicated euro website has all the technical arguments (vastly lower foreign exchange conversion costs, lower borrowing costs etc.) for and against joining the euro, so I won’t elaborate on them here.

Having your own currency is not costless

Proponents of maintaining the local currency almost explicitly assume this is costless. That only joining the euro entails risks. The years prior to the financial crisis in Croatia (2000-07) suggest otherwise. Then governor Rohatinski tried a myriad of administrative measures to slow credit growth. None of these measures prevented the build-up of excessive levels of debt, especially private sector debt. This high level of debt was the main reason behind the lengthy recession Croatia endured from 2009-2014. Personally, I believe the debt levels heading into the 2008 financial crisis would have been even higher without those measures. Yet, even with our own currency and monetary policy, Croatia did not have the means to stop excessive capital inflows. Even though policymakers at the central bank knew very well that risks were building up. With the behemoth euro area on our doorstep, the relatively tiny sized Croatian economy meant monetary policy independence did not amount to much.

Neither is joining the euro a riskless exercise

That is not to say there are no risks in joining the euro area. The disparities in inflation rates amongst euro area members suggests monetary policy does not uniformly impact member states. Macroeconomic imbalances in the euro area are also pronounced. I am not talking about public sector debt levels of budget deficits. Even though the European Commission would never embarrass it with a Macroeconomic Imbalance Procedure, when one of the largest economies in the world, Germany, has a current account surplus of 7% of GDP, that is a macroeconomic imbalance. What is more, it is an imbalance of choice. Wages have simply not kept pace with productivity in Germany. That means in the division of the spoils of economic success, owners of capital have retained (an even) greater share of profits compared to employees. Apart from feeding inequality, that has also limited the expansion of domestic demand. That means Germany imports less from other euro area members than it otherwise would.

This is not so much a problem for smaller members such as Slovenia (or Croatia in the near future) – the euro area economy is so large relative to smaller members’ economies that exports will rise. On joining the EU alone, Croatia’ goods exports have risen sharply. Last year they fell 5% and according to the current account data for 1H 2021 are up 24% yoy. The bigger risk is a credit boom such as that experienced by Slovenia in 2007 upon adopting the euro. But in the post-2007 global economy this has been a decidedly reduced risk.

A more balanced euro area is the greatest insurance scheme

But for large countries such as Italy or Spain, who as euro area members cannot devalue their currencies, and with Germany limiting wage growth by policy choice, their scope to improve price competitiveness and thus exports, is limited. A more balanced euro area would certainly redress that issue, by redistributing demand within the euro area.

The way the European Central Bank has systematically underestimated inflation over the past decade is another risk. Why? Because their estimates of the potential for economic growth versus where a member’s economy is are clearly too optimistic. What these estimates say is that economies are far closer to their potential levels of output than what they are. Otherwise, the ECB would not consistently overestimate inflation. And as a result, these estimates suggest fiscal policy needs to be reined in, when demand is still too weak.

No one objective will suggest that part of the reason for weak growth in places like Italy and Spain is not due to inefficiencies in their economies to which structural reforms are the answer. Yet, with fiscal rules too tight because estimates of potential output are unrealistic, how can we expect these important members of the euro area to grow? Without growth, how can any politician in these countries hope to generate the political space to implement any structural reforms?

The euro area crisis of 2012 taught us tightening fiscal policy too soon does more damage than sticking to rules. Rules which we hollowed out at the beginning: let us not forget that EU finance ministers refused to levy fines on France and Germany in 2003 who first breached the Stability and Growth Pact deficit limits.

The variety of views on fiscal policy (both domestic and at EU-level) on display during the German election campaign therefore makes the outcome of coalition talks after the September 26 election even more important. Both in the context of reforming the current fiscal rules applicable to the euro area and potentially introducing a permanent fiscal policy component to EU-level macroeconomic policy. A delay in reimposition of the fiscal rules, their easing and/or agreement on a common fiscal policy component in the future would all help ensure a more balanced euro area and mitigate the risks of joining.

That begs the question, could the euro area fall apart? There is no reason why it could not. But even if it did, maintaining our own currency would not help us. Apart from giving up all of the support the ECB provides members (bond purchase programmes help keep the cost of funding for smaller members lower than they would otherwise be), a disintegrating euro area would precipitate a global recession and major currency pressures if Croatia were to have its own currency at that point. The euro area falling apart would be a macroeconomic disaster for the whole of the EU and wider. Being outside the euro area at that point would offer little protection.

For Croatia, whose citizens anyhow prefer to save in euros, the balance of arguments make joining the euro perfect sense. 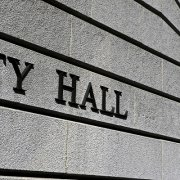