History teaches us that highly centralised systems where preference is given to implementing top-down decisions face major challenges when unexpected complications such as the coronavirus outbreak arise.

Image by iXimus from Pixabay

Having begun in Wuhan, China, the outbreak of the coronavirus in Northern Italy and the sell-off in financial markets in the final week of February has concentrated Western minds. This is a more serious situation than previous viral outbreaks in recent years.

In terms of global economic growth the disruption could be significant: supply chains are under pressure in important industries such as automobiles, electronics and pharmaceuticals as they are reliant on Chinese inputs, and China is producing well below capacity in the past month (as survey data have clearly shown). In addition, the epicentre, Wuhan and Hubei province are important industrial and logistics centres. Shortages of supply can generate both inflationary pressures, as well as an adverse impact on demand as corporate cash flows fall, workers work less, uncertainty rises pulling savings higher in response. Highly indebted corporates are particularly vulnerable. For services from transport to tourism and logistics, the fact people have never travelled this extensively in history, generates its own downside risks. All of this is magnified by China’s importance to the global economy.

While I could spend the entire post discussing the economic impact of the coronavirus, I’ll defer to others. Instead, I’ll focus on what this virus implies for various governance models. History teaches us that highly centralised systems (such as China’s) where preference is given to implementing top-down decisions face major challenges when unexpected complications such as the coronavirus arise.

The Chinese Communist Party finds itself in such an unexpected situation currently. The outbreak of the coronavirus means it is faced with two conflicting goals. The first is to maintain economic growth, as to fail to do so would represent a political risk much greater than what democratic systems face in the same situation. The second goal is to manage the outbreak of the coronavirus and ensure the welfare of the population. These goals are clearly in opposition to one another.

The first reaction was to restrict information, hoping for the best, punishing individuals who demonstrated initiative to disseminate relevant information to the wider public. The most infamous case was that of Dr Li Wenliang who died of the coronavirus on February 6. However, once the outbreak was not contained, priority shifted to the second goal. This was the relatively easier task given the characteristics of the political system – the government implemented extremely restrictive quarantine measures to limit the spread of the virus and contain damage. Yet, the impact on China (and the world) will certainly be significantly greater than had authorities not restricted information about the coronavirus at the very beginning. The parallels with the spread of the Spanish Flu in the US in 1918 are instructive.

Unlike China, Croatia has issues with implementing decisions

Compared to the centralised and rigid Chinese system, Croatia’s governance approach looks rather different, many would say inferior. To begin with, Croatia does have an issue with centralisation. Initially that may not seem to be the case, with domestic conventional wisdom convinced of the need to decentralise further. However, were the government to decide to locate a strategic object in the spatial plan of the country or allow some activities to take place in defined zones, the critical issue of implementing those goals would arise, often resulting in cancellation of a project. We have been witnesses to this numerous times: the decade’s long saga of constructing an LNG import terminal on the island of Krk (now finally happening), golf(!) course construction plans in many places, the Ombla power plant project near Dubrovnik and so on. The executive branch of government is essentially weak at every level in the sense that it is too often not capable of implementing decisions in an acceptable timeframe, since we do not have a culture of implementing decisions . That weighs on the investment climate as no investor can wait for years for all the stars to align for their project to come to life.

What’s governance got to do with it?

On the other hand, in this situation with the coronavirus, we ought to consider the strategic decisions we have taken over the past 30 years. For all its issues, we have implemented a governance system which allows more personal initiative and transparency. Consider the Chernobyl catastrophe in April 1986 and the reactions of the then government. Nothing was known of the catastrophe, but radiation measuring equipment began to pick up divergences. The head of the government in the Socialist Republic of Croatia, Ante Marković, at a meeting of the Central Committee of the Communist Party declared dr. Alica Bauman should be arrested for releasing unnerving information to the public, information only the Yugoslav National Army was permitted to release.

Fast forward almost 35 years and we are seeing a completely different approach. As a member of the EU and NATO, Croatia is informing its citizens of events transparently and in a timely manner. The professionals making statements in the media do so with authority, leaving an impression of competence which is the best way to minimise fear and panic. That new approach is the result of having made strategic decisions to join the community of democratic western European nations. I hope that this year we will not have to test all elements of our democratic system, but I’ll certainly be sleeping more easily knowing that at the very beginning of the coronavirus outbreak we have taken a significant step forward in our reactions compared to the Chernobyl disaster. That, and the fact we are no longer left to our own devices in the Balkans. 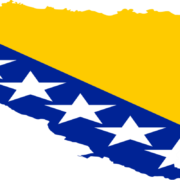 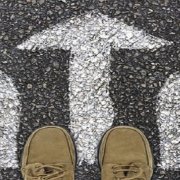 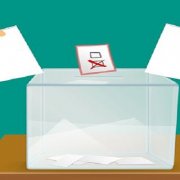 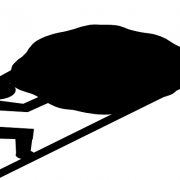 Land titles reform – Sisyphean task for how much longer?

Is the Croatian political scene going the way of Slovenia?