Prior to the pandemic the countries of South East Europe all recorded respectable GDP growth rates. Whether by making the most of a favourable geographic position (e.g. Slovenia), EU market access (Croatia and Slovenia), infrastructure investment (Bosnia Herzegovina, Montenegro and Serbia) and/or attracting foreign direct investment (Serbia and, to a lesser extent everyone else in the region) all countries we follow leveraged off the relatively favourable external environment to expand economic growth while generally seeing debt levels fall or stabilise.

It comes as no surprise that the global pandemic materially affected economic conditions in the region. Thus, countries such as Croatia and Slovenia, whose economies are more integrated into EU and global supply chains, generally recorded larger drops in GDP in 2020. The outlier is Montenegro, which is a genuine example of an economy reliant on tourism. At the other end of the spectrum lies Serbia, where a combination of the lowest share of tourism in the economy, a relatively large agricultural and food processing sector combined with a relatively high share of government infrastructure investment resulted in a much smaller contraction in economic activity.

What is the outlook for economic recovery?

It is evident that the recovery will depend to an extent on getting the pandemic under control. At that point the importance of the largely invisible institutional structure will demonstrate its strength and impact on the pace of recovery. This is where Croatia and Slovenia enjoy an advantage. In the process of joining the EU, both countries have developed a more modern institutional structure compared to other countries in the region. Apart from that, each year of membership in the EU develops that structure. Numerous directives and initiatives in whose development each member state participates is an important aspect of European development.

Other countries in the region are a long way from EU membership and each year outside the EU only widens the difference between the institutional structure to which Croatia and Slovenia belong and the institutional structures of the other countries in the region. This is one major reason we believe the Yugosphere does not exist and that with the passage of time the chances of its re-emergence continue to fall – quite simply, rather than being one market (for goods), the countries outside the EU in the region are, standalone markets. Certainly, data on trade amongst CEFTA members suggests slightly less trade amongst members in 2019 compared to 2014.

Benefits of integration evident in times of stress

Since Croatia (2013) and Slovenia (2004) both joined the EU at times when the economic situation in Europe was relatively positive, the benefits of EU accession may not have been immediately evident. However, just as the difference between Croatia and the New Member States of 2004 and 2007 vintage became evident after the Global Financial Crisis of 2008, the aftermath of the pandemic will shine a light on the importance of economic integration and political cooperation. Once Croatia joins the euro area (where Slovenia enjoys additional economic support relative to Croatia) its economic prospects will further improve.

The increased credibility Croatia enjoys amongst investors because it is now within the EU institutional structure is one reason that the country has managed to attract approximately EUR850mn in foreign direct investment inflows in Q1 2021 (the sales of Ledo, Hoteli Sunce and Five). No less important is the announcement by Ryanair it will set up a base in Zagreb and reopen its base in Zadar this year. Apart from the fact that Ryanair’s arrival provides a major boost to the tourism sector, it will influence changes in Croatia Airlines’ behaviour in a way no government could hope to achieve through reforms and restructuring. That is the strength of an institutional structure which not only mitigates uncertainty but motivates gradual improvement. Both factors are drivers of long-term growth.

At the same time, assistance from the EU is always conditional on logical conditions such as conducting robust cost benefit analyses. From time to time, this may seem like an unnecessary delay in decision making and therefore development, but in the longer-term, this more judicious approach is beneficial since informed decisions, considering as many risks any opportunities as possible mitigate execution and planning risks. Can there be a better regional example than the construction of the Pelješac Bridge and the motorway in Montenegro? In both cases the same Chinese company is leading the construction work. Yet, the (pandemic induced) delays are minimal in Croatia and altogether on a much more serious level in Montenegro.

Outside the EU, the rest of SEE is exposed to more risk

Uncertainty over EU integration for countries in South East Europe means that they face another global crisis largely left to their own devices, or with partners whose true goals we can only speculate on. Serbia’s early success in procuring vaccines at a time when the EU’s vaccination campaign was beset by implementation and coordination issues has potentially only strengthened already rather pronounced Eurosceptic options in the country. Combined with closer ties to Beijing, this increases the risk of further distancing Serbia from EU accession. And if Serbia is a long way from EU membership, neither Bosnia Herzegovina, nor Montenegro, nor Kosovo can be closer to EU membership.

Slovenia has just marked its seventeenth year of EU membership and Croatia will soon mark eight years in the club. All the while, the differences between EU member states and non-member states are becoming more evident. At this point, it is unfortunately not possible to foresee when other countries in the region might join the EU (assuming they want to in the first place). For neighbouring EU member states, that is not the most fortuitous situation as orderly, and EU integrated markets are the best catalyst for developing business links. As things stand, we are forced to wait as it is evident that the institutional structure in our neighbourhood will not materially converge to EU standards as quickly as once hoped. 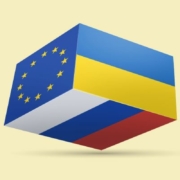